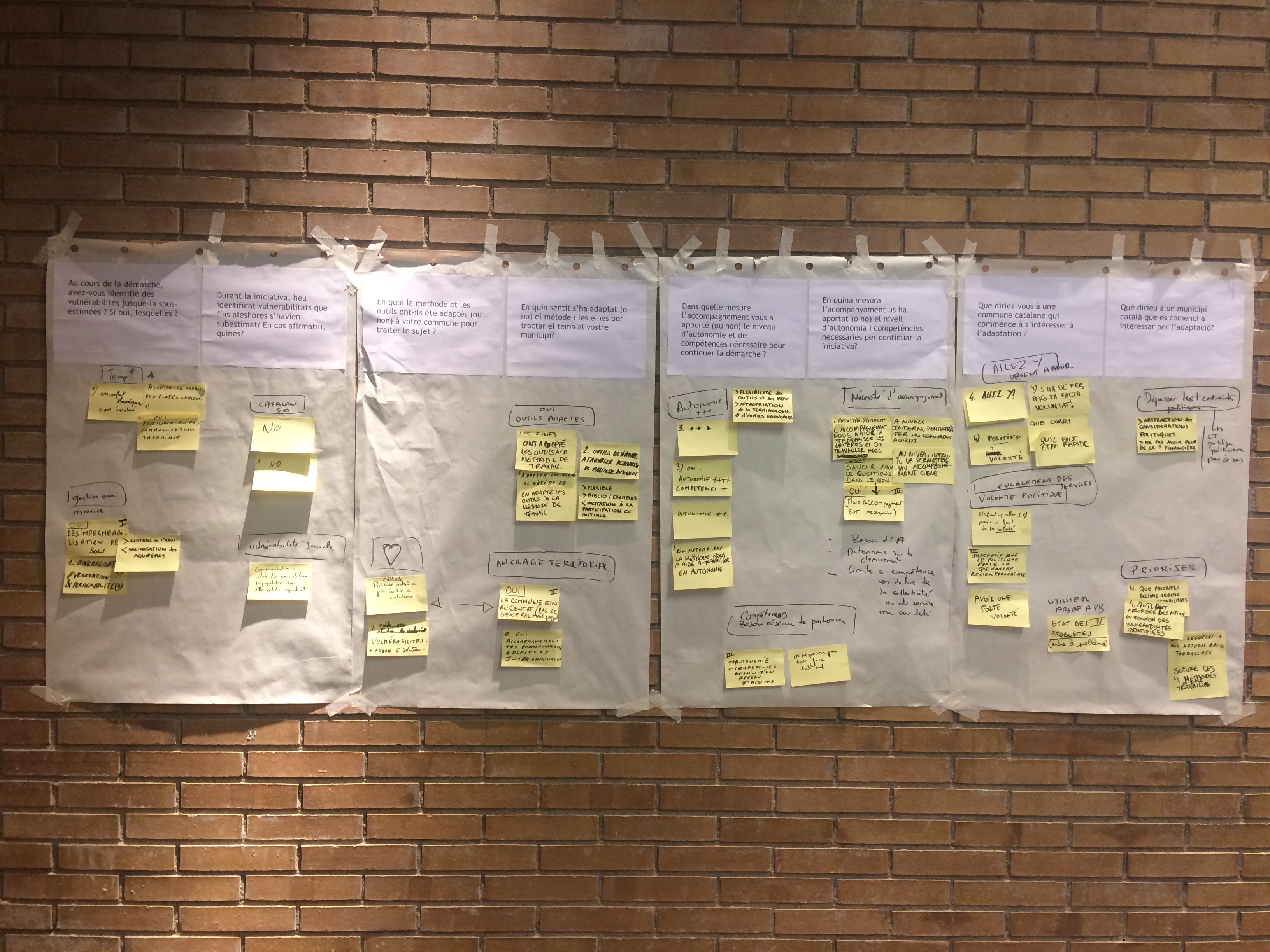 As part of the ECTAdapt cross-border project, Climate Adaptation Consulting and its partner ACTERRA developped a methodological guide so that communities of the Catalan cross-border area (France and Spain) can independently design their climate adaptation strategy.

In France, Climate Adaptation Consulting and ACTERRA “coached” Port-Vendres and Alénya for each step of the method.

Throughout the process, two cross-border workshops were organised in July and October 2019, between the four pilot communities testing the methodology: Port-Vendres and Alénya in France, Navata and Tossa de Mar in Spain. Those two workshops generated a lot of feedback, ideas and other suggestions to consolidate the cross-border dynamic process.

Workshops enabled collecting precious feedback about the methodology elaborated by our team and the benefits of an adaptation “coaching”: it increased the communities’ pride and self-confidence to be able to tackle adaptation, improved the municipal teams’ skills and motivated the communities to keep adaptation on their political agenda.

From now on, Alénya, Port-Vendres, Navata and Tossa de Mar just have one piece of advice left for the other communities of the Catalan Cross-border Area: “Go for it! It is urgent!”